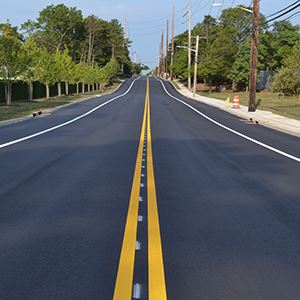 Markings on highways and on private roads open to public travel have important functions in providing guidance and information for motorists and pedestrians. Major marking types include:

In some cases, markings are used to supplement other traffic control devices such as signs, signals, and other markings. In other instances, markings are used alone to effectively convey regulations, guidance, or warnings in ways not obtainable by the use of other devices.