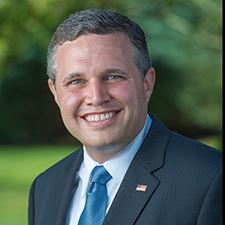 Councilman Kevin LaValle was elected in November 2013 to the 3rd Council District in the town of Brookhaven; an area encompassing Lake Grove, Centereach, Selden, and parts of Lake Ronkonkoma, Farmingville, Port Jeff Station, and a piece of Holbrook. He was raised in Centereach with his parents and four siblings.

He was educated in the Middle Country School District, graduating from Centereach High School in 1995. Councilman LaValle has a Bachelor of Arts Degree with a major in Political Science from Salisbury University where he graduated in 2000. He currently resides in Selden.

Prior to his election, Councilman LaValle worked for Legislator Daniel Losquadro as his Chief of Staff for three years before he became President and part-owner of Pinnacle Title Agency from 2007 to 2011. Most recently Councilman LaValle served as a Legislative Aide to Legislator Thomas Muratore. As an aide, his responsibilities included communicating with constituents, implementing strategic initiatives to alleviate contentious issues and utilizing community relationships to facilitate public outreach.

He is also a licensed loan mortgage originator and works for Lynx Mortgage Bank. He specializes in working with first time homebuyers. Councilman LaValle’s experiences in both the public and private sector have given him the expertise needed to implement the goals and themes of a Town Board that is focused on governmental reform.

Councilman LaValle is focused on addressing local land-use and building concerns, repair of local streets, making government run more efficiently and ensuring other town municipal services such as waste removal and recycling. Councilman LaValle is a dedicated individual and demonstrates effective leadership for the people of the third Council District.

View an interactive map of the Town of Brookhaven or view a PDF map to find your Council District.