Over 300 years ago, our founding fathers were granted the rights to all waterways, ponds, streams, brooks, wetlands, rivers and other estuaries, as trustees for the early settlers and for residents today. The Dongan Patent for the Town of Brookhaven, issued by Governor Dongan, is the historic and legal document that provided the foundation for Brookhaven Town government.

The Patent provided for seven Trustees, to be elected annually, and of these, the first chosen should be the President. It also provided for the election of a Clerk, and other officials. Provisions are made for a Town Seal and the raising of taxes. The patent gives the Trustees full power to sell or dispose of the proprietary lands of the Town, vesting in them that authority as agents. It also empowers the freeholders and inhabitants, as represented by the trustees, to be "one body corporate and politique," capable of making acts, order, and "to plead and be impleaded, defend or be defended in law."

This Trustee form of government predates the establishment of the State of New York, and the United States of America. The price in exchange for the Patent was: "20 barrells of whale oyle to be delivered in New York at 20 shillings per barrell, 19 barrells to be delivered at the South beach at 20 shillings per barrell and three score and twelve pounds to be paid in good Cowes and Calbes at forty shillings each, to the Treasurer at or before the fifteenth day of April next."

To this day, the Dongan Patent is used to resolve many legal questions involving preservation of natural resources and our underground water supply, as well as the free and common usage of our waterways. The Dongan Patent can be viewed in the lobby of Town Hall. 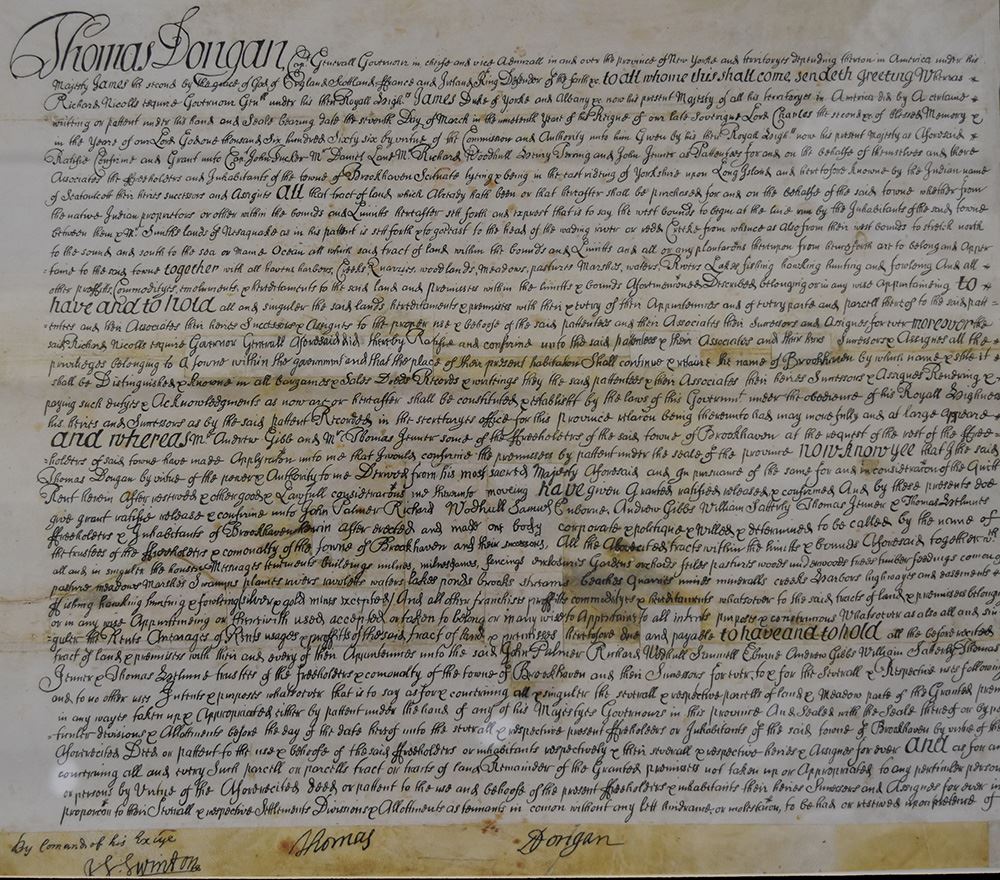