The steady degradation of the Forge River from inputs of man-made pollutants has resulted in a serious loss of water quality, vital habitat and community aesthetics. As a result, New York State has designated the Forge River as an impaired water body.

The Forge River has experienced episodes of hypoxia (inadequate oxygen) that have resulted in fish kills, noxious odors, and the loss of marine-related businesses, recreation and tourism. 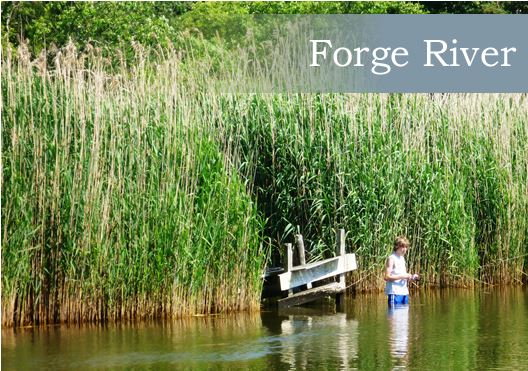 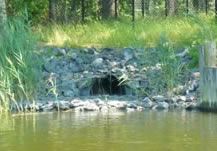 While the Forge River has been the subject of numerous studies on the causes and status of the river’s degradation, the Watershed Management Plan was a critical step in consolidating existing information and combining this wealth of historic and scientific knowledge into a workable plan for the river’s restoration. The Forge River Watershed Management Plan was accepted by the Town of Brookhaven Town Board in March 2012.

The next step towards improving the ecology of the river is the development of a nitrogen TMDL (Total Maximum Daily Load) for the Forge River. The TMDL will determine the maximum amount of nitrogen that can enter the river while maintaining a healthy ecosystem. Establishment of a TMDL is a lengthy process that must ultimately be approved by the U.S. EPA.